less than six years ago, I was lying in bed when this story idea played in my mind. I believe it was from God for he gives me the inspiration. As with all my stories it starts out as a draft. When I first shared it with an author friend and another friend, they both said it needs more detail so I was set to work on it. 4 years ago, I worked out the kinks and I had two YA friends who said they would read it. Did they? No and it left me feeling disappointed.

My story? The Yaphe. Serene wants a normal life. She would like to live Oregon and not move anymore, but every time Faith has a nightmare about these strange people called the Yaphe, they move. And why? Who are these people and why do they want their mom?  Serene and her sister Faith soon find out that their mom is from another dimension and their mother fears if they don't stay one step ahead of her people, they will take her from her children. They did.

Serene meets a handsome accountant who is model perfect, but she doesn't take into account that he might be a Yaphe. After all, he has that same kind of perfection that her mom has. Jacob Dresden couldn't hire her, but he helps her move back to Oregon and gets  a house for her to rent at a low price. This sets up a red flag for her mother, but Serene is bent on moving back and staying in Oregon. Little does she know that she fell into a trap. She wakes up and finds herself tied to a bed made for a princess. Here she learns about her mother and why she escaped her people. She also finds out why "her gift lies within her mother."

On spiritual side of things, Serene your typical teen with peer pressure and all. She makes friends with girls who have diverse beliefs. Her first set of friends becomes a bad influence on her, but a phone call saves her from losing her faith altogether. They move again. In Washington, she makes the same mistake of friending girls who also aren't Christians, but she wants to win if she can. Yet she loses them when they accuse her of telling a secret one of them has kept: she has a crush on her female friend.  Through her trials, she does grow close to Jesus and learns to let go of her mom so she could return to her dimension. The overlining theme is sacrifice. Just as Jesus gave up his life so that we may live, Serene's mother does the same for her girls. She agrees to return to her dimension in exchange for her girls' freedom.

Click this link and it open the doc for  you 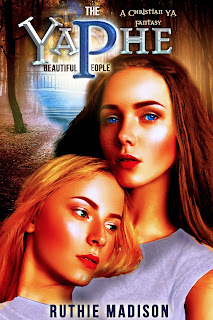 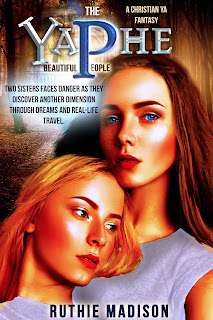